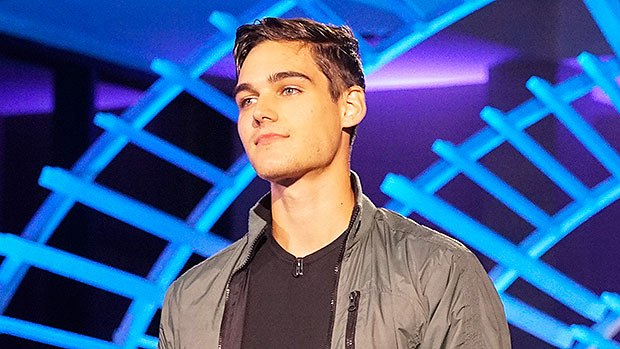 Nick Merico is a popular actor who is best known for his 2019 performance as a singer on the popular television contest “American Idol.” The handsome young entertainer wowed the judges with his performance and he especially caught the attention of judge Katie Perry. We wanted to know more about the promising young singer so we looked into his career and personal history. Here are 10 things that you probably didn’t know about Nick Merico.

1. Nick was a child star

Mr. Merico landed his first role in 2011. He played the part of a 13-year-old boy in the television series “Charlies Angels. Although it wasn’t a big part and it was just a guest appearance it was a start for his budding career in the entertainment industry. It would be three more years before he would appear as an actor, but he was cast in the role of Daniel Miller in the television movie “Every Witch Way: Spellbound,” in 2014.

2. Nick was chosen to appear in the television series spawned by the film

Nick’s performance in the TV movie “Every Witch Way: Spellbound” was impressive enough to secure his spot in the television series that followed the movie. He was chosen to resurrect his original role as Daniel Miller in the series where he worked as a professional actor from 2014 through 2015. This was his very first recurring role.

3. He was off to a good start as a teen actor

After successfully establishing himself as a professional actor with his role as Daniel Miller, more jobs opened up for Nick. He won the part of Antonio on the television series “The Haunted Hathaways.” He only appeared in one episode in 2015, but he was also involved with the filming of the other series that he was involved with. He was off to a great start and 2015 was a productive year for Merico.

4. There was a gap in his acting career

Nick Merico currently has six credits in his professional acting portfolio. Although he seemed to be off to a good start early in his career, there were a few gaps in the gigs that he secured. There was a gap of about three years in between his jobs from 2015 forward. His next acting job was as the character Jorge in the 2018 film “Trico Tri Happy Halloween. He most recently appeared in the film short “First Timers” as J.C. in 2019.

5. He left acting to pursue a career in music

Nick appeared on the 17th and 18th season of “American Idol.” He performed the Amy Winehouse song “Back to Black” for his audition on the show, held in Los Angeles. He made a good first impression on the judges and on viewers as well. Nick has the talent and the looks to go a long way. The judges put him through to the next round. He came back for a second season of the show but he withdrew from the competition citing “personal reasons.”

6. The judges weren’t happy with him in season 18

We learned that when Nick Merico made his second appearance in Season 18 of “American Idol,” there were some mixed feelings about him. Although he received positive feedback from Lionel Richie, Katie Perry, and Luke Bryan during the first season, his second appearance didn’t yield the same results. Katie Perry was not impressed with him and Lionel Richie even went to the extreme of saying that “he did not like him.” This was a dramatic change in opinion from one season to the next. Richie told Merico that he didn’t like his voice or his attitude and he felt that it would destroy his chances of making it in the business.

7. The reason for his leaving remains a mystery

Whatever happened that caused Nick Merico to withdraw from the show remains a mystery. Merico offered an explanation, but it was vague. According to Nick, there was an emergency in his family and it is something that he could not disclose. He was upfront in saying that it was something that was of such a magnitude that it forced him to back out of the competition.

After Richie publicly took Nick Merico down in front of the world on national television, he took it a step further. He asked Nick how he felt after the takedown. Nick responded and replied that it made him feel hurt. Richie continued with his hard-line and said: “Good, that’s exactly what I want you to feel like because I want you to understand what it feels like when people don’t adore you.”

9. Nick’s ego has been addressed

Katie Perry joined with Lionel Richie in making a move to humble Nick Merico publicly. The two judges were upfront with him about what they perceived to be a bad attitude and an inflated ego. Perry was not as rough on him as Richie but she did suggest that Nick has a lot of work to do on his ego before he can hope to move on and become successful. The two superstars know what they’re talking about and while some may think that they treated him poorly, they were really just trying to do him a favor by pointing out a major stumbling block to his potential career.

10. There are questions about where Nick will go from here

Nick is serious about music and he even launched a funding campaign on Indiegogo to help him raise $30,000 for the production of his original songs some years back. He included a budget on the site that breaks down the reason for each expense. The campaign is closed and he raised just five percent of the goal, with backers giving him $1,755 in support. We learned from the site that he started acting when he was just 10 years old. He’s been pursuing music for years but something has happened to derail the young hopeful. We wish Nick the very best as he continues to pursue his passion for music. It’s hopeful that the talented young man will resolve any personal issues and get back on track. Life can be hard and the entertainment business even tougher, but he has the looks and the talent to move forward and build a strong career for himself. Hopefully, he’ll catch a break and will also take the advice of his mentors on Idol. Keep moving forward Nick!