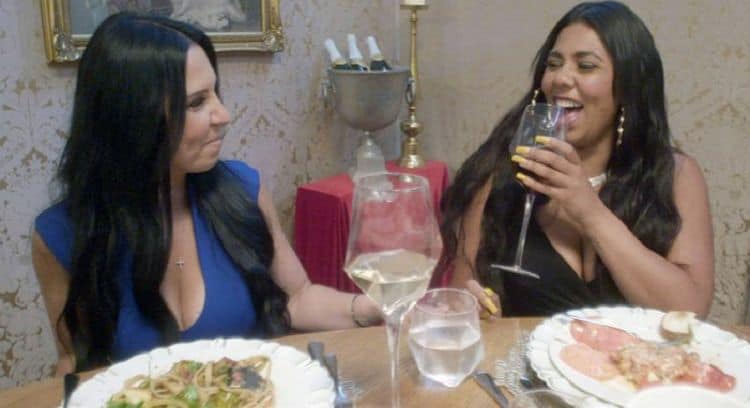 Lisa Augustine may not have any blood ties to the mafia, but she’s still managed to earn a spot as a cast member on MTV’s new show, Families of the Mafia. As the name suggests, the show will follow a group of families from Staten Island who are connected to the mafia in some way. Unlike other shows that have featured a similar type of cast, Families of the Mafia will place a lot of emphasis on how the cast members plan to distance themselves from their mafia affiliations. Lisa will appear on the show with her daughter, Dennie, who is good friends with Karen Gravano’s daughter, Karina. But what is Lisa’s connection to the mafia? Continue reading for 10 things you didn’t know about Lisa Augustine.

1. She Grew Up With Karen Gravano

Lisa Augustine doesn’t have any blood connections to anyone in the mob, but Karen Gravano was one of her best friends growing up. Karen’s father is Sammy ‘The Bull’ Gravano and he was one of the most prominent members of the Gambino crime family.

As a close friend of Karen’s, Lisa also grew up around Karen’s cousin, Ramona Rizzo. When the three of them were kids, Lisa and Ramona got into a fit that resulted in Lisa biting her. As time went on, the incident became a joke between the three friends.

3. She Has A Very Close Relationship With Her Daughter, Dennie

As the show unfolds, viewers will be introduced to Lisa’s daughter, Dennie. The two seem to have a very close relationship that even borders on friendship. Over the years, Dennie has posted several photos and videos shouting out her mom.

Lisa is already gearing up for the massive amount of attention she’s probably going to get from the show. Let’s be real, one of the first things people do when they watch a new reality show is try to find the cast members on social media. Lisa has already created an MTV specific Instagram account and set her personal account to private.

When Lisa’s son, JoJo, turned 1, she and his father spared no expense on his birthday party. The event came with a $40,000 price tag that included a roller coaster and a space theme. Although the party was certainly a little over the top, Lisa felt like it was the perfect way to honor her son who had some medical complications when he came out of the womb.

6. She Doesn’t Have A Relationship With Dennie’s Father

Although it’s unclear exactly what happened, it’s clear that Dennie’s father wasn’t in the picture for most of her life. It appears that he left the family when she was young, and Lisa nor Dennie have had a relationship with him since. This may be a topic that gets explored more deeply in Lisa and Dennie’s storyline this season.

7. She Has Four Kids

Even the most real of reality TV shows only show viewers a snippet of the cast members’ lives. The Augustine family is a great example. Dennie is the only other member of the Augustine family who will appear on Families of the Mafia, but Lisa actually has three other children. It’s unclear why her other kids won’t be part of the show but it could have something to do with the fact that her two youngest children are minors.

8. She Owns A Construction Company

Lisa definitely won’t be relying on reality TV to support her family. She is a business woman who’s been doing her thing since long before she ever thought about being on TV. Lisa owns her own construction company in the New York area.

9. Her Father Is A Radio Personality

Lisa has a very close relationship with her father, Alex Augustine, who is a radio personality and vocalist. In fact, her oldest son is named after him. Alex began his singing career in the 60s and continued to perform for decades. He currently has a radio show on Remember the Radio.

10. She Was On Another Reality Show