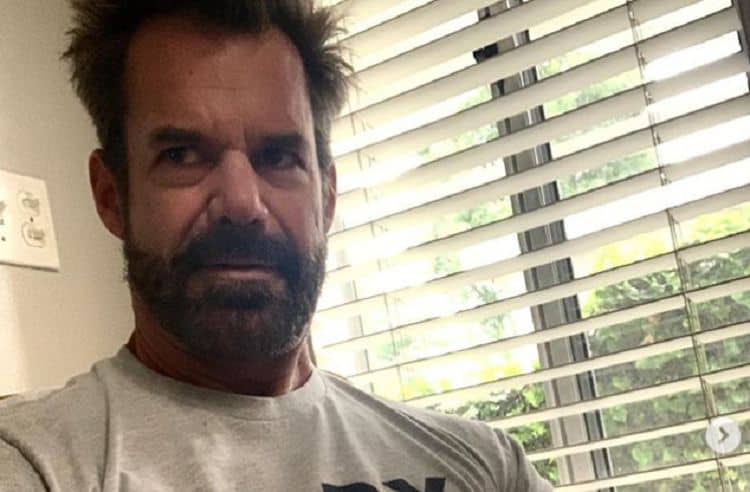 Over the course of his 30 year career, Tuc Watkins has carved out a nice path for himself. Best-known for his roles in One Life to Live and Desperate Housewives, Tuc always brings a top notch performance to anything he works on. He currently has a recurring role in the comedy series Black Monday. While his TV appearances are what have gotten him the most attention, he’s also had some movie roles which have given him the chance to show his true versatility. He will have a main role in the upcoming Netflix movie, The Boys in the Band, which is a remake of the play of the same name which was originally released in 1968. Keep reading for 10 things you didn’t know about Tuc Watkins.

1. He’s The Father Of Twins

Being a parent is something Tuc has always wanted. He told New Now Next, “I just knew that I was going to be a dad one day, and when I was younger I didn’t know how I was going to be a dad. Because I knew I was gay, and I didn’t intend to get involved in a relationship that was not true. I just knew when the time came, I would figure it out.” In 2012, he became the father of twins, Catchen and Curtis.

2. He Thought He Was Going To Get Fired From One Life To Live

One Life to Live has been one of the most impactful roles of Tuc’s career. However, he says the first day didn’t go well at all, and he thought he was going to get fired. He said, “I had to redo my scene like three times and I didn’t even have any lines. I just had to pick up a telephone and put it down but I didn’t do it correctly.”

3. He Was A Triple Minor In College

When it comes to school, Tuc was definitely the overachieving type. While lots of people struggle to focus on just one subject in college, Tuc somehow managed to hold down four. During his time at Indiana University, he majored in communications while minoring in French, theater, and psychology.

Tuc was born in raised in Kansas City, Kansas and has fond memories of his midwestern upbringing. Although he is very proud of where he is from, Kansas City isn’t the best place to be in terms of acting opportunities. He eventually decided to relocate to the Los Angeles area where he still lives today.

5. He Was Also In The Boys In The Band Play

Tuc will be playing the role of Hank in the Netflix movie, The Boys in the Band. But this will actually be the second time he’s been a part of the production. He also played Hank in the Broadway production of the play in 2018. Tuc’s partner, Andrew Rannells, will also be reprising his role from the play in the film.

It’s no secret that being an actor can get pretty time consuming. From auditioning, to filming, to researching and rehearsing, there are often long stretches where it’s hard to find the time to take a break. When Tuc does get a little time off, though, he loves to spend it enjoying the outdoors with his family.

7. He Grew Up Next To Brooke Dillman

When Tuc was growing up in Kansas City, he lived next door to fellow actress and comedian, Brooke Dillman. Brooke started her career in the late 90s and has been working consistently ever since. She is best-known for her appearances on shows like Good Luck Charlie, The Wayne Brady Show, and voicing several characters on Bob’s Burgers.

Time and time again, many actors have expressed that they don’t really enjoy watching TV in their free time. When they are away from work, they don’t want to do anything that reminds them of it, however, that isn’t how Tuc feels. He loves to binge watch shows on Netflix. He likes things like Happy Valley and Broadchurch.

9. He Doesn’t Mind Being Remembered For Playing David Vickers

Getting the chance to have a main role on a series is a dream come true for any actor. On the flip side, however, playing the same character for several years can often make it hard for an actor to break away after the role has ended. But Tuc doesn’t mind being remembered as David Vickers.

10. He Made His First TV Appearance On Growing Pains

If you grew up during the mid 80s and early 90s, you probably have fond memories of the popular sitcom Growing Pains which starred Alan Thicke and Kirk Cameron. Tuc actually got hit first TV role playing a trainer on the show in an episode that was filmed in 1990.