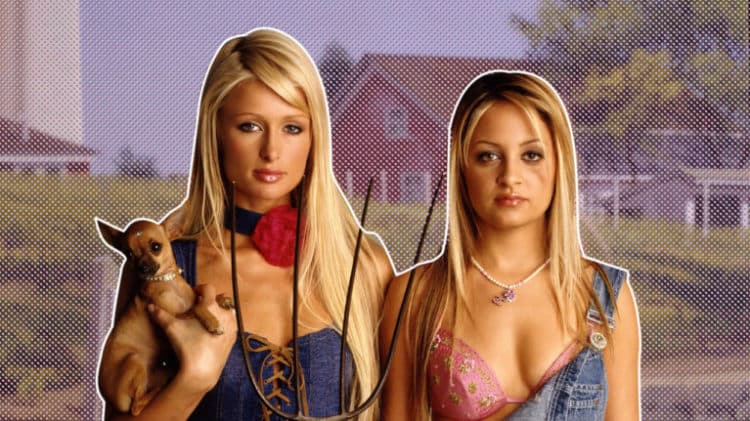 In the spirit of being nice let’s just sit back and wonder why Paris Hilton had to create such a brainless image to push her product lines for so long when she would have been given a lot more respect and would have gained far fewer sycophants had she simply shown herself to be the kind of individual that has a 120 IQ score and is a fully capable businesswoman. If that had happened it’s easy to think that people would have had a great deal of respect for her and thought that she was far more astute and capable than she’s shown herself to be. But obviously in the interest of keeping a fanbase that wanted her to be a brainless twit that didn’t care what people thought of her since she had money and was popular she’s currently left with what she has. One big hope is that she’ll be able to recreate herself in this ‘real’ image and undo what years of being the whiny princess of the Hilton name has managed to get her, since it would be great to see the confident and very prominent woman come forth and prove that she is, in fact, a very smart and confident individual that knows what she wants out of life and how to get it.

For anyone that wants to argue that she would have been viewed differently, there’s simply one word to respond with, and it’s this: ‘duh’. Of course, the argument might be that her image would have been harder to build had she been seen as a bossy and confident businesswoman, but that sounds fairly ridiculous since it almost sounds as though she just wanted to have fun and build up to something that people would be guaranteed to follow before finally finding her voice in order to tell people just who she is. The unfortunate part of that is that trying to convince people that she is actually speaking up in her real voice at this point is bound come off, initially at least, as another publicity stunt to try and clear up her image and make herself look like a respectable human being that doesn’t want to be mocked and wants to show that she is a grown-up and not some silly heiress that’s going to do whatever it takes to prove to people that she’s actually pretty intelligent. The fact is that she does have a pretty decent IQ and that people would be bound to follow her no matter what she’d been like when she was younger. The idea of playing a brainless ditz who had occasional moments when she allowed this facade to fall and her true self to come shining through was more than a little frustrating for a lot of those that actively followed her.

As it stands, seeing Paris represent herself with the brainpower she actually has instead of hiding it away behind the party girl image would be nice and it could be a whole new look for her since if anyone’s paying attention she’s just a year shy of her 40th and it might be time to be seen as a big girl who can totally rock her adult years. Granted, she’s been an adult for a little two decades now, but now it’s bound to be interesting to see just how she decides to act now that she’s no longer the hot and sassy teen or 20-something role model that all the girls want to be like and all the guys think would be fun to be with. Those that didn’t jump on the Hilton bandwagon would be wise to give her the benefit of doubt for a while at least just to ensure that this isn’t another publicity stunt. Likely as not though it’s very real, and while it doesn’t mean that anyone has to eat their words when speaking of Paris Hilton, it does mean that from this point on it would be nice to take her seriously instead waiting for her to say ‘That’s hot’ about something just to be given the idea that she’s still the brainless bimbo that so many people want to believe she is.

Quite honestly someone that’s born into riches such as Paris was didn’t have much of a chance to be seen as anything but a spoiled little rich girl, but at the same time, she’s had every chance to show that she’s not the stereotype that she made herself out to be for so long. To be certain, she’s a smart individual and does have her own product lines to run, but at the same time, hiding her real self away behind the blonde hair and fake bimbo mentality didn’t do her any favors. Let’s hope grown-up Paris is bound to show a lot of people that it was all an act.