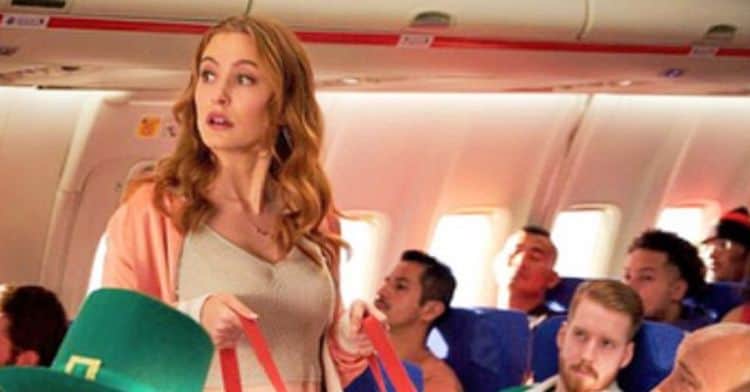 Olivia Macklin is relatively new to the professional acting world, but she’s already carved out a path for herself. Since making her TV debut in 2016, she has gone on to play prominent roles in shows like The Young Pope and LA To Vegas. Olivia is is officially back on our screens with another big role in the new Fox series, Filthy Rich. Her character, Becky Monreaux, is a member of a very wealthy family and she is constantly urging her husband to take over his family’s empire. The role is a great opportunity to introduce Olivia and her talents to a larger audience, and viewers are already excited to see how things play out for her character throughout the season. Continue reading for 10 things you didn’t know about Olivia Macklin.

Olivia is on her way to becoming a star, but that doesn’t mean she still can’t enjoy the simple things in life. When she isn’t busy with work, she loves to spend time outdoors taking in the beauty of nature. Hiking is one of her favorite outdoor activities ands he loves taking in the view from the top of the mountain.

Acting has been Olivia’s passion since she was a child. During an interview with the Fordham Observer she said, “I have wanted to be an actor since before I can remember. There wasn’t one moment where it clicked; it was just sort of woven into the fabric of my being as time went on through seeing plays and movies.”

Olivia earned a bachelor’s degree in theater performance from Fordham University in 2016. While there are lots of debates about theater/drama programs, Olivia believes that her time at Fordham was truly priceless to her development as an actress. Judging by the success she’s been having so far, most people would probably agree.

When it comes to celebrities, many of them are open books who are willing to share some of their most personal moments. So far though, Olivia seems to be the type of actress who likes to keep her personal life away from the public eye. This is something that may change as her career continues to gain traction.

Olivia has built up a decent following on Instagram and she isn’t afraid to use her platform to stand behind the causes she believes in. She is a strong supporter of the fight to end racism and she has posted several times in favor of the Black Lives Matter movement.

In addition to the performing arts, Olivia also loves visual arts. She has an eye for beautiful things and she loves to collect photographs and images of the art she appreciates. She’s dedicated an entire highlight section on her Instagram story to sharing her favorite photographs and creations.

7. She Encourages Up And Coming Actors To Get To Know Themselves

Even though Olivia is still early in her career, she’s already developed a good understanding of what it takes to make it in the industry. If she could give up and coming actors one piece of advice, it would be to get to know themselves and move with purpose.

8. She’s From The Midwest

Olivia may be living the big city lifestyle now, but she’s from a much different world. She was born and raised in surburban Illinois and attended New Trier High School. After completing her studies at Fordham, she chose to stay in New York City where she lives today.

9. She Loves The Complexity Of Filthy Rich

On the surface, Filthy Rich may seem like another show about rich people and their drama, but Olivia says is much more than that. She told the Fordham Observer, “What I love about the show is that it is not solely about a wealthy family living in excess and experiencing the conflicts that exist in that realm on its own. The show happens because these three outsiders of very different means and backgrounds come and challenge that exact way of being. It is definitely a cautionary tale of what happens when we get everything we want — it always comes with a price.”

10. She Is Believed To Be Jewish

Many actors openly express how their faith plays a big role in their career, but it doesn’t look like Olivia has shared anything regarding her religious beliefs. However, several sources have reported that she was raised in the Jewish faith and continues to be a proud member of the Jewish community.