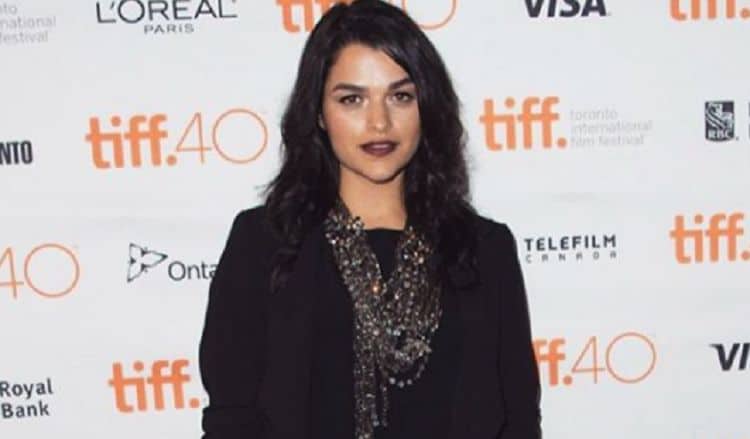 Reaching viewers all over the world is something that every actor hopes will happen for them some day. Eve Harlow has already reached a point in her career where that dream has become her reality. Raised in Israel, Eve started her career more than a decade ago. Throughout the years, she has taken on a wide range of characters. She is best-known for her roles in Agents of S.H.I.E.L.D. She also has a main role in the new Fox series, Next. Her strong screen presence gives her the ability to keep audiences engaged, and she’s the type of actress you can always count on to put on an unforgettable show. Keep reading for 10 things you didn’t know about Eve Harlow.

Most music fans would probably agree that nothing compares to getting the chance to hear one of your favorite artists live. There’s something about hearing and experiencing music in real time, surrounded by other fans that always makes for a great memory. Eve loves going to concerts whenever she gets the chance. Unfortunately, COVID-19 has put concerts all over the world on hold.

2. She Was Born In Russia

Eve is often referred to as an Israeli actress, but what many people don’t know is that she was actually born in Russia. However, she did move to Israel at a young age which is where she was primarily raised. She eventually relocated to Canada and currently lives in the United States.

3. She Made Her Film Debut In Juno

If you were around in the mid 2000s, you probably have fond memories of the 2007 film, Juno. The coming of age comedy helped launch people like Michael Cera and Ellen Page into mainstream success. Although the movie didn’t lead to any immediate major roles for Eve, it was her very first film appearance.

When you put years of hard work into something, it’s always nice to know that other people recognize your effort. Eve’s work certainly hasn’t gone unappreciated. In 2009, she won a Leo Award for Best Supporting Performance by a Female in a Dramatic Series. She was also nominated for a Gemini Award in 2010 for Best Featured Supporting Actress in a Dramatic Series.

The phrase ‘you are what you eat’ may not be true in the literal sense, but it is true that the things you eat can have a great impact on your physical and mental health. As a result, Eve has chosen to follow a vegan diet. While some people may assume that being vegan automatically means having to eat boring dishes, Eve loves to cook and uses her creativity to make a variety of dishes.

6. Her Mom Encouraged Her To Get Into Acting

Eve knew that she wanted to be an actress from an early age. For many parents, the thought of their young child wanting to go into acting is terrifying, but Eve’s mom, who had a career as a theater actress, was very supportive of her dream. During an interview with Talk Nerdy With Us, Eve said that she wouldn’t have made it as far as she has without the support of her mom and sister.

Eve may not get a lot of free time due to her busy work schedule, but when she does get some time off reading is one of her favorite things to do. She loves to read all kinds of different books. She often shares photos of some of her favorite reads with her followers on Instagram.

8. She Loves To Switch Up Her Style

Some people pride themselves on having a signature style, but Eve prefers to change things up. She told Wed Luxe, “I’m not a fan of sticking to one specific style; one day I might put on a metallic miniskirt with a band t-shirt, and the next I’ll throw on a blazer with striped pants. My style in one word is “eclectic”.

9. She Wants To Go On A Road Trip Across The United States

Everybody has at least one thing they really want to do over the course of their lifetime. For some people, this thing could be visiting a specific place or taking advantage of an opportunity. One of the items at the top of Eve’s bucket list is going on a road trip across America.

10. She’s Traveled All Over The World

Eve may not have gotten the chance to go on her epic road trip yet, but she’s still gotten the opportunity to have lots of awesome traveling experiences. Thanks to her career, she has been able to visit lots of places near and far. Some of the countries she’s been to include Japan and Cuba.