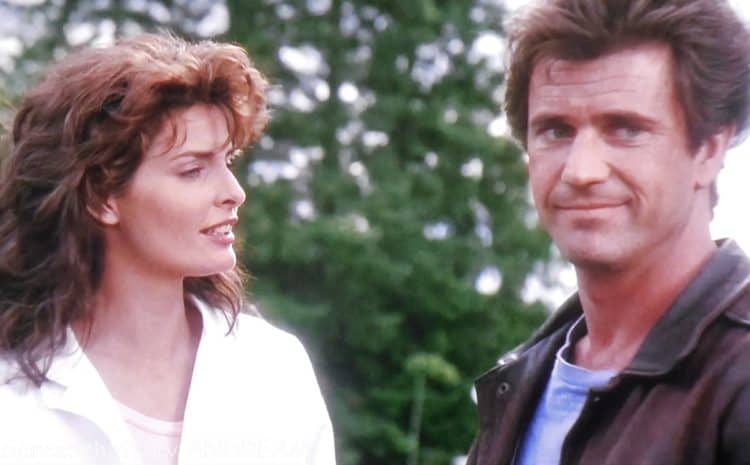 If there was one woman you watched for when you were an adolescent….well let’s be honest, if you were a guy it was hard to choose sometimes. But if you remember Joan Severance then you can probably recall that she was the woman that you never fully trusted in a lot of movies as well as the love interest in a lot of others. She played in a few movies where she was highly sexualized but there were still others where she got to play an honest role that wasn’t entirely based on her allure and allowed her to get into character rather than act as a woman whose physical attributes were all the mattered. For a lot of people however such acts were hard to get into since Joan isn’t a bad actress, but those that did allow her to simply act without taking off her clothing or wear something skin-tight didn’t often give her a lot of a good dialogue to go on. It’s kind of tough to be taken seriously when you’re considered to be at your best when you’re showing more skin and less talent.

Still, she’s managed to create a career that has gone on to keep her very comfortable and in the movies where she was allowed to just act she was enjoyable enough that it’s obvious that she does have some talent and enough skill to really pull off a decent part. Let’s take a look at a few of the things she’s starred in.

Anyone remember this film? I can recall being a kid and thinking that it would be the end of the world if I didn’t get to see it. Then I saw it, and wow. That’s not a good wow since the movie was worse than anything the WWE has ever produced in its long history. It was supposed to be something on the level of two titans tearing each other and the arena they were in apart. The movie tried to show this but the budget and the acting talent was lacking so much that trying to salvage anything out of this was like trying to keep the Titanic afloat with an industrial-sized airbag. Honestly, this film was just horrible and it was a wonder that Hulk Hogan still had a career following it since his fight with Tiny “Zeus” Lester was so horrible that it made a lot of the worst matches in the WWE look like epic title matches by comparison. Plus, no offense to Terry Bollea, but back then he could just barely act in the WWE, so trying to take his act to Hollywood was a HUGE mistake.

Bird on a Wire was kind of a fun movie since it had Goldie Hawn and Mel Gibson who were formerly together and were forced to go on the run with each other when he was recognized by the people he’d gone into Witness Protection to avoid. Joan got to play the role of a former girlfriend of Gibson’s in this film, a veterinarian in fact that was asked to remove a load of buckshot from his behind while Goldie helped. Obviously she wasn’t quite okay with the look of the wound and Joan found it quite amusing since Goldie fainted right on her. The involvement she had in this film was minimal but it was nice to see her in a role that didn’t require her to bolster anyone’s acting or take anything off. Joan is a beautiful woman without any doubt, but sometimes it’s better to know that a person can act as well as disrobe convincingly. If nothing else this showed that she’s able to take on a role and make it work as it’s supposed to.

Feel free to roll your eyes since there were TWO of these low-budget films. If you’re into the low-budget, campy movies that were created in the mid to late 90s then this might have actually tickled your fancy. But quite honestly this seems like it was a different point in her career that wasn’t the low point but certainly wasn’t the peak either. A superhero, or a vigilante, however you want to look at it, that was created because her father was killed in front of her isn’t the most original idea in the world, but it was something the creators were willing to go with since there must have been some belief that it would make them some money. The best part of the movie is that it doesn’t try to be anything other than a B movie, as it fully lives up to that designation and can’t possibly be accused of trying to be Oscar-worthy material.

Joan has been working continuously for many years now and is still on the scene as she has a film that is still in the process of being made. It’s unknown if it will be straight to DVD or if it will be something that makes an attempt towards TV, but it’s enough to know that she’s still around.