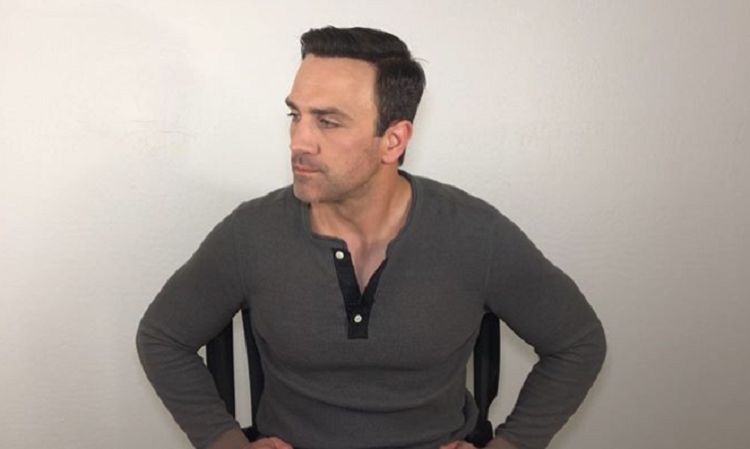 Jeff Bosley was born in Colorado, raised around the U.S. and spent most of his later grade school years in Idaho. He grew up playing goalkeeper in soccer, a position he so excelled at that he was able to take advantage of a great opportunity and play for a MVP team in Holland. Jeff loves sports and tried just about everything: martial arts, SCUBA diving, rodeo/steer wresting and football.

Jeff attended college in Washington state and in Idaho. His focus was primarily on medicine and health, but he finally began to chase an acting class here and there. As college continued, his love of acting grew, and he turned his focus and studies towards acting and performed in years worth of theatre productions.

But then came 9/11 and it was on his mind the next several years. Before he aged too much and regretted not trying, he decided to join the United States Army and become a Special Forces Green Beret. And not just a Green Beret, but a rarer Green Beret medic. Despite staggering odds against success, he did exactly as he determined he would do. When Jeff is involved with acting, he’s like a kid in a candy store, always on his phone or computer, seeking auditions. He has acted in USC student films, independent projects, fully funded projects and everything in between.

Jeff is acting and producing several movies between Denver and Los Angeles. As with everything in his life, he sees this as another great unending adventure, not work. Jeff’s acting life, work ethic and obsession with perfection can be summed up from a recent interview. He was asked what he did for fun. Jeff’s response: work.

Here are 10 things you might not know about Jeff Bosley:

Jeff has met with the ‘Jack Reacher’ book author several times in New York and has learned of the series that will be on a major streaming network. As a fan favorite, Jeff’s #BosleyForReacher campaign has spanned the globe and continues to grow. While in New York at a panel as “one of the potential Jack Reachers” Jeff was asked by the Lee Child/Jack Reacher moderator “what would you bring, if you were the one?” regarding his role as Jack Reacher. Caught off guard, Jeff quickly answered and the audio quickly went viral among Jack Reacher fans.

2. He was a theatre geek

Jeff attended college not only for pre-med, health and sports medicine, but primarily for theatre. As a theatre major Jeff earned several scholarships, nominations and awards for his work on stage. While in the theatre program he was also the Vice President of the University’s theatre fraternity and led several fraternity productions behind the scenes as the stage and light designer.

3. His primary sport growing up was soccer

Jeff grew up playing soccer during a time when they didn’t have smaller goals for the smaller kids. Nope. He was a little fella guarding a full-size regulation goal since the day he learned. Jeff was a goalkeeper his entire career. He played this position throughout all of his years in school and also at the state team level. During his varsity years, he played for an American team based in Holland and toured Europe training and competing.

4. Was an Army Special Forces Green Beret AND a firefighter

After his theatre years, Jeff opted to join the Army and became a Special Forces Green Beret. Jeff was stationed at Fort Benning, Fort Bragg and Fort Carson serving as an 18D until he was honorably discharged. While he was discharging, Jeff tried out for the Colorado Springs Fire Department and was selected to continue training in the Fire Academy where he spent the majority of the Academy as the class leader. At one point he was serving as a Green Beret AND a firefighter at the same time. Just before resigning from the fire department, Jeff was dispatched to a fire that later earned he and his crew the Medal of Valor.

5. Played an Italian guido opposite of Andy Samberg on ‘Brooklyn Nine-Nine’

Despite his lack of Italian appearance, Jeff was able to audition and earn the role of Nick DiTullio on season 3’s episode ‘9 Days’. Jeff was cast for his large physical size and presence to play the shady personal trainer that Samberg was investigating for fraud at the local gym. Hardly any of the wardrobe initially pulled for the actor fit and had to be re ordered due to his size. Bosley jokes “it was the first and likely last, time I’ll ever be in a track suit.”

Going back as far as he can remember, Bosley has always had various superstitions. Of particular interest in his filmmaking career is the red binder one. Every script Jeff has ever worked on has been printed out and placed in a flexible red binder. Every play he was ever in, every TV show, every movie, every student film, and every indie film….ALL of them have earned their way into The Red Binder.

During his years performing theatre, Jeff adamantly defied getting any tattoos for fear it would hinder casting. Once Jeff was in the Army Special Forces, the tattoo culture of his Brotherhood won him over and he finally caved. All of his tattoos have special meanings and more than one have a personal affiliation with his career goals in TV and Film.

Jeff spent years and years studying the art of acting while performing theatre. His education, once living in Los Angeles, continued to the prestigious Method Acting School ‘The Strasberg Theatre & Film Institute’ based on Stanislavski’s teaching methodologies.

Outside of his work, Jeff’s life revolves around charities and fundraising efforts, his most favored focus on needs of children. His primary focus is on ‘The Young Storytellers’ program where he participates in year-round 10 week programs mentoring young children to help them write, cast and direct their own short scripts/performances. Outside of that program, Jeff volunteers at a local horse ranch caring for all of the horses with one of his closest friends (who Jeff met in another Masters acting program).

Jeff’s first job at 15 was at a local tire and suspension store. There he learned the basics of ‘wrenching’ and was hooked ever since. He has worked on, and installed, items on his Land cruiser, his Ram pickup truck and his Harley Davidson for years and years. He loves the peace and therapy it provides all while cutting costs of paying a traditional mechanic.