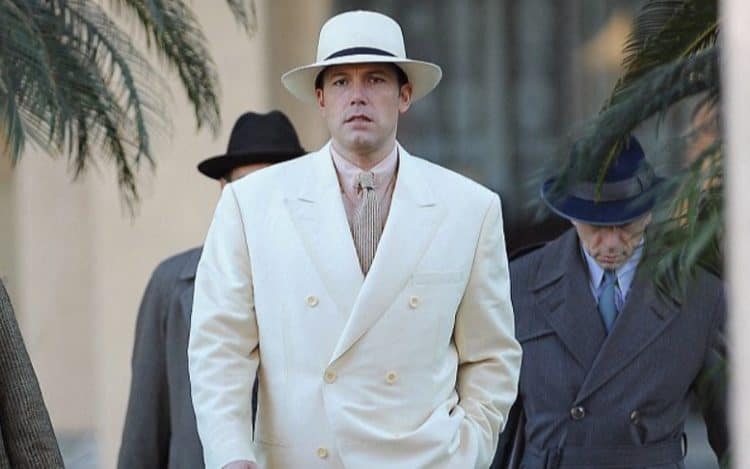 One can definitely give props to Amelia Wedemeyer for taking the time to liken so many looks of Ben Affleck to various Dunkin Donuts drinks as it’s just a bit impressive. Twitter Gold is what some might say, but in all fairness let’s just call it a fun bit of humor since it does seem to encapsulate the actor’s many different looks. Plus, unless you’re a bit Dunkin Donuts fan you likely didn’t know just how many different drinks one of America’s favorite donut shops even had. But, like some of the looks that you see Affleck trying to rock you kind of have to ask the same of the donut shop when you look at them and utter “why?”.

Affleck is definitely one of those characters in show business that you either keep a close eye on to see what his next move will be or you lay off and just wait to see what he might do down the road. It’s easy to keep faith in a lot of actors since a hit and miss record isn’t a shameful one, it’s a part of being human and having to take a chance that doesn’t pan out all the time. Quite honestly Ben has taken on many chances and has struck out as much as he’s succeeded throughout his career. At this point one has to remember that there was a time and there were movies in which he took part in that he was barely seen or remembered. But when he started getting famous everyone was on his coattails and was ready to exclaim about how great he was and that they’d seen him coming up through the ranks. Yeah, okay, and if you believe that there’s a bridge to nowhere I’d like to sell you.

Unfortunately as Affleck kept getting bigger and bigger in name and showing up in one movie after another trying to push various images that made him switch gears every so often his reputation took a nosedive as his acting became a bit transparent and it was made obvious that as good as he can be, he does have his limitations. Nicki Swift goes into this during their explanation of the rise and fall of Ben Affleck as she details a great number of ways in which the actor made great and poor decisions as his life moved along the Hollywood circuit. One movie that’s very easy to see as something of a triumph is Good Will Hunting where he got the chance to play a guy from South Boston that was rough, tough, and definitely a wisecracking best friend, not the lead. He played his part perfectly and was admired for it without question, but despite being a supporting character it would make him seem a lot more attractive moving forward when it came to casting him for future parts.

But then as things went along and Armageddon proved to be a big hit, the tables kind of turned and his career went with them for a while as movies like Gigli, Reindeer Games, Forces of Nature, and so on and so forth came out and simply obliterated much of the good will that he’d built up over the years. His career was still very much on track, but by the time the 2000s hit he’d become something of a running joke in some circles and was still being held in high regard in others. By the time Batman vs. Superman rolled around it felt like an all or nothing scenario in which he absolutely HAD to make something happen. But while it might not have been his fault that the movie was regarded as less than favorable, despite being financially successful, it did seem to show that like many others, he just wasn’t cut out for the role of Batman. Maeve McDermott of USA Today even went on to write about how Affleck admitted that he just couldn’t quite cut it, which is a stunning admission from someone that was so gung-ho to play the role. That’s an argument that no one has fully won yet and might not be settled for some time, but seeing as how Affleck is no longer in line to play the dark knight it seems fair to say that he struck out like the rest, apart from Christian Bale, who went on to have a successful trilogy with Christopher Nolan at the helm.

I do have to say that seeing a drink matched to each look that Affleck has tried to rock, and he seems to rock a lot of them, is kind of amusing and it does kind of shine a light on the guy in a positive and fun way. But in terms of his career it would be nice to see an upswing again in the coming years.